Performance Under the Most Extreme Conditions.

Today's vehicles and driving conditions demand greater performance from your motor oil. Other lubricants are also being challenged to meet more rigorous performance requirements to improve efficiencies and reduce costs.

The performance of Kleen Performance Products lubricants has been proven in both controlled research studies and real world applications. If you need peace-of-mind that your oil will stand up to the most demanding conditions, look no further than the oil that runs in NASCAR races, stands up to the rigors of military combat and outlasts the million mile journey of a heavy-duty truck.

Kleen Performance Products engine oils meet or exceed all North American standards for engine protection, such as API and SAE. Our EcoPower® products provide the additional benefit of reducing the country's dependence on foreign oil by using twice-refined oil as a renewable resource.

First, EcoPower was tested and compared for a half-million miles.

EcoPower possesses acid neutralization capability, even after 40,000+ miles of service. 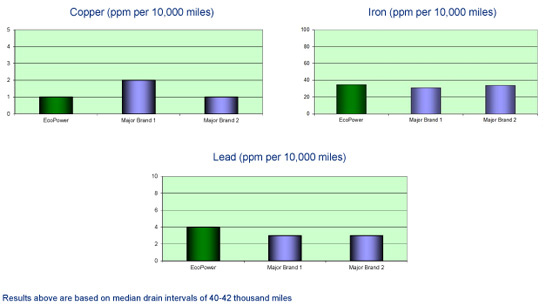 EcoPower performed so well in 500,000 miles of testing that the test was extended to see how well it would protect the very same engines for 1,000,000 miles. Infineum International LTD maintained the same extended drain intervals. The trucks had only routine maintenance and repairs. After 1,000,000 miles, EcoPower HD 15W-40 CJ-4/SM delivered, yet again, exceptional engine cleanliness, wear protection, total base number and viscosity. 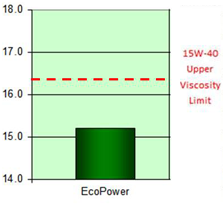 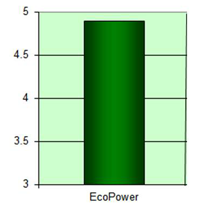 "In this engine, I see no signs of distress anywhere. In fact, these [original] cams meet the visual guidelines for reusability. And when we rebuild these engines...the cams are going right back in the engines, and they'll be going back into service with these cams, even after a million miles."
Pat Fetterman, Industrial Liaison, Infineum*
*Infineum International Ltd. conducted the test

Big name customers trust our oil for quality and value.